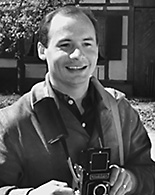 Father of director and scriptwriter Eva Vitija, Joschy Scheidegger, was born 1929 in Zurich. Despite he is growing up in a poor family with his single mother, he soon is attracted by the Zurich Theatre School, where he studies acting with the best German-speaking actors, amongst whom German emigrants who had fled from Nazi Germany to Switzerland. He is only 22 when the promising young actor founds a family himself. After a few years playing the role of the ‘young romantic male and nature boy’ on German and Swiss stages and in movies, he joins Radio Basel.

«Everybody wants to hold on to happiness. This is why I filmed you so often. Until you couldn’t bare it anymore.»

First hired as a news presenter, he soon develops to become a radio drama producer and director in the Radio Drama Department of Radio Basel. In this role he not only discovers many Swiss authors during the 60s and the 70s, but directs as well numerous technically and artistically innovative projects such as the first Swiss radio drama in stereo. The divorce with his first wife is a traumatic but liberating experience as well. A son he had from this marriage developed schizophrenia and later jumped from the window of a psychiatric clinic.
At 41 Joschy Scheidegger falls in love with one of his acting students, Eva Vitija’s mother, Claudia Freund. They marry and have two children, Eva and her brother Kaspar.
After having worked many years at Radio Basel, he joins Swiss television. There he directs numerous Television Plays. With ‘Landflucht’ in 1979, he makes his first feature film in ENG, a new technique which made it possible for television to shoot outside and not only in studios. A few years later the second divorce follows. During his last years at television, he discovers the documentary reportage. He always has a girlfriend around. At 64 and 77 he again experiences great love stories with younger women. However in parallel to his love of life, he increasingly suffers from depressive episodes. He dies very unexpectedly at the beginning of 2012. 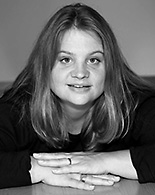 Eva Vitija was born 1973 in Basel, has grown up in Zurich and lives together with her husband in Winterthur. Since 2002 she has been working as a screenwriter and script consultant for both television and cinema, in Switzerland and Germany. She wrote several screenplays for full-length feature films, TV-Movies and TV series. As a consultant, Eva Vitija also supports other authors’ projects and is a screenwriting teacher committed to educate future generations. She is a member of the Cultural commission of the Swiss copyright society Suissimage and is as well the Vice-Chairwoman of the Swiss Filmmakers Association (ARF/FDS). “My Life as a Film” is Eva Vitija’s first full-length film as a director. She made this film in the course of her Master’s program at the Zurich University of the Arts (ZHdK).

«To be honest, I would find it very hard to speak about certain subjects, if I did not know I have to, because it is part of my film.» 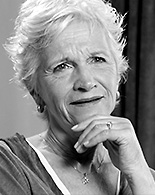 Eva Vitija’s mother was born 1950 in Basel. She met Joschy Scheidegger at 19 as her acting teacher. She was a young mother – she had her son Kaspar at 21, and her daughter Eva at 23. Later she studied psychology and worked as a psychotherapist. She was married to Joschy Scheidegger for 18 years. She is now retired and lives in Santa Fe, New Mexico, USA, with her third husband.

«At first I thought it was an incredibly creative act from him. An attempt of self-healing. Over time it became almost pathological. It had turned against him.» 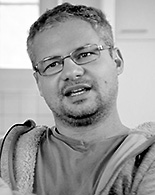 Eva Vitija’s brother was born in 1971. He is a child and adolescent psychiatrist and lives with his wife in the Basel region. The film made him feel the way he felt as a child, when the camera was constantly watching him.

«On the one hand he really documented everything down to the smallest detail. And on the other hand he managed to maneuver core issues of his life around us for forty years.» 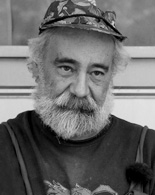 Eva Vitija’s half-brother, born 1951, lived – as he says – ‘self-sufficient’, on the margin of society, in a hut at a campsite in the Jura. He used to have a single-person transport company. Eva Vitija: “I only remember having seen him once as a kid. This film brought us back together for the first time since.”

«I respected and loved him. But I also wanted to be understood. Loving also means understanding, telling the truth, being honest.» 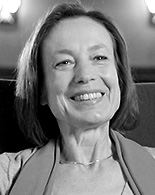 Cornelia Bernoulli is an actress and author from Basel living in Munich. She was Joschy Scheidegger’s first love after his divorce from Claudia Freund.

«It was the first time I met people who were living a so-called ‘open marriage’.» 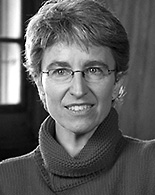 «He tried to let go more and more but he succeeded less and less.»